~Book Blitz~ Scepters of Empyrea: A Journey to the Andromeda Galaxy by Vignesh Ravichandran 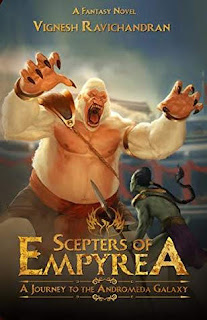 Empyrea, an island in the Andromeda galaxy belonging to planet Vathura is serene. Everywhere your eyes turn, you will feast on the lovely birds singing their heart out in the lush green vegetation. Osiris Mysterio ruled the regions of Empyrea with his brother Tyrant Seth and with their children Pitheceus Babi, Kraity Wadjet, and Horus Mysterio.


5000 years ago, the ancient Egyptians were the only humans to receive the invitation to enter Empyrea. They gladly on-boarded into a Pegasus chariot and took their journey to Empyrea. Their journey is indescribable. Empyrea by itself was like a fairy-tale garden, an ocean of flowers and exotic trees.


As the Egyptians went further inside Empyrea, they saw its netherworld. They had mixed feelings when they saw the triangle shaped tombs and the bizarre headhunting people. Empyrea also had the blood-curdling creatures like the deadly dinosaurs, gigantic snakes, furious apes, ruthless rhino’s, massive mastodons and many other creepy creatures. This showed the power of the Empyrean Army and that no other army could survive their wrath.

Emperor Osiris and the kings ruled Empyrea with powerful Scepters. With those powers, they were not only considered as kings but also worshipped as Lords. The Lords with the help of their scepter had the crucial power to transform themselves into giant creatures.

Egyptians while departing from Empyrea was gifted with a shortcut portal to earth and also with some people and creatures of Empyrea to build the Empramids in Egypt. Overwhelmed with happiness they took the shortcut door and returned to Egypt.

However, the happiness was short-lived in Empyrea. The Empire of Empyrea was betrayed for ruling earth avariciously. Somehow the Emperor of Empyrea locked the shortcut portal and asked the Egyptians to safeguard it. The Egyptians, on the other hand, failed to safeguard the portal. And some gangsters accidentally opened the shortcut door in 2017 A.D, entered Empyrea, and inadvertently got access to the Lord scepters.

So, now the Earthians were left with no choice but to battle against the merciless predators and headhunting people in their heroic journey. Their ultimate fate lied in an empire beyond imagination. They would take their stand against the powerful lords, who brutally led their people to war against planet Earth.

Did the gangsters protect the earth from danger, or left the other world to accomplish their tyrant rule on Earth? Explore the world of Empyrea to unravel the truth behind this mystery. 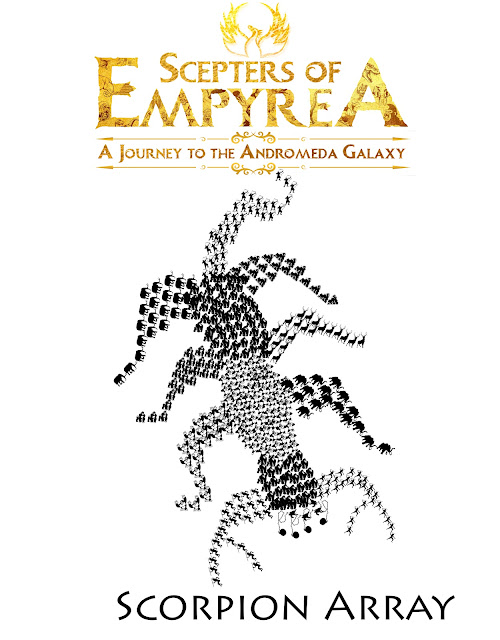 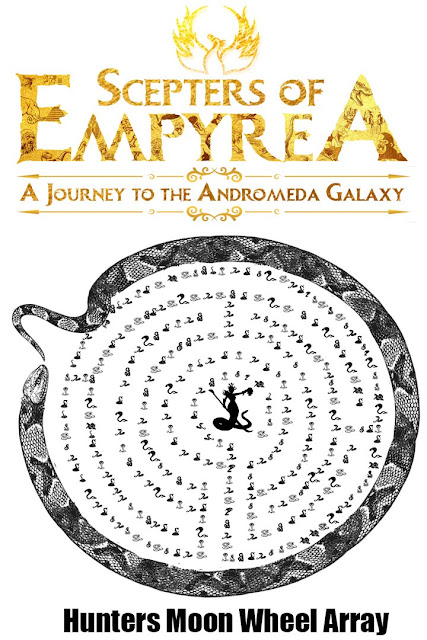 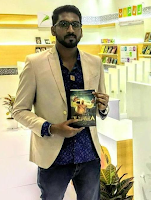 Vignesh Ravichandran is the author of the book Scepters Of Empyrea: A Journey to the Andromeda Galaxy. He  did his Masters in Business Administration from a leading Business School and  presently working as a Human Resource professional in a leading software organization in Chennai. He wrote this debut novel with the story line which he experienced in his nightmare 7 years ago.