Black is beautiful in my opinion.

Black stands out as the most controversial and happening color in the history of humanity. It intrigued him, scared him, awed him and even made him feel good.

There were times in which he dreaded the color black. It was the color of mourning, of death, of sadness, of disease, of the dark and the evil.

At times it told stories when it represented the color of the written word. It made him laugh with the language of caricatures, cartoons and jokes. It portrayed beauty when artists of various eras used charcoal, graphite and coal to render the beauties that surrounded them.

It became the highest fashion statement, the sign of elegance starting from the early 14th century. Nobles, diplomats and politicians began to adhere to the color black in their public appearances. Black was no more the colour of mourning.

It represented the color of the oppressed, of the slaves during the colonial conquests and slave trades. The black skinned people were abused and treated like untouchables for centuries in many American colonies. Four million slaves were freed after the American Civil War. But racial discrimination continues unabashedly in many of the European and American countries.

It was also associated with secrecy, the world wars and covert military operations.

It is also the color of protest.

It represents mystery quest as in the case of blackholes and black boxes of missing air planes.

In Hinduism, we have Kali-ma, the goddess of change and time whose name means –the one who is dark in color. Lord Krishna is said to have been black and yet is the most popular god among the Indian gods.

Many people still fear to wear black as they think it as a bad omen color. Black is just the absence of color. The color black absorbs all the seven colors into it and doesn't reflect back any of the colors of the spectrum of light. It doesn't harm the human aura. But doesn't benefit it also.

I prefer to buy accessories in black as they would go with any dress and gives less of a headache mixing and matching.

Reason: My laptop is beginning to show signs of having grown old and is begging for retirement.  Dell was the first laptop that I had called mine. So it is my first choice.Just look at the details of my choice.No one would ask for more reasons.

Reason: I love creating digital portraits. I have been saving to buy a graphic tablet since long. It will help me to draw onscreen with the same use as using a pen or pencil and will save me a lot of time. Drawing onscreen with a mouse is a BIG headache and will take hours and hours together to complete a full portrait.  This Wacom tablet is hence second on my wishlist 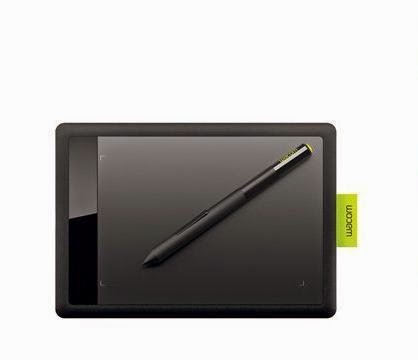 3) Anarkali with Lace neck and Sleeves

Reason: This Anarkali blew me over with its elegant cut and beautiful lace work. A lady always feels best when she is dressed elegantly and comfortably. But who needs a reason to indulge oneself?
4) Jimmy Choo pumps

Reason: Any women will find it hard to neglect her Jimmy Choos. They may even sell a part of their soul to own one. It makes her more poised and her posture more feminine and graceful. The comfort and standard of this brand is amazing.

5) Louise Vuitton Handbag
Reason:  Again I go for elegance, use and brand value. This is a handbag I would love to own. One I can take to any party or even on a day out with friends.

This post is a part of #WhatTheBlack activity at BlogAdda.com
Posted by Preethi Venugopala