FARZAD ABED is an unhinged Iranian immigrant living in Australia. His sociopathic coupled with his political make him a very dangerous man. Farzad wants the world to sit up and take notice of him and randomly selects six bystanders to hold hostage at a city restaurant.
JACOB BROWN is a fitness fanatic who finds himself at the centre of a bizarre situation when he arrives at his favourite restaurant to pick up a takeaway for dinner.
JAGRITI GOSHAL is a Indian waitress working at Alessandro’s .
REGINA TERRY is a fearless Afro-American woman in Australia on a business visa who unexpectedly finds herself embroiled in a crazy siege with a madman.
LEVI HAINES and BILL WALKER are colleagues having a business dinner at the restaurant. Bill is Levi’s sleazy boss with unethical intentions and Levi is dining with him against her will.
PAUL TOWNSEND is a local electrician who off a quote at Alessandro’s at the same time Farzad descends on the restaurant to hostages.

Follow the roller-coaster ride of emotions as these strangers find themselves embroiled in a terrifying siege orchestrated by a madman. The authorities scramble to put together a definitive plan of action to contain the situation quickly. But not everyone will come out alive ...

. He had some idea about what had to ; however, the exact circumstances and the people that would were yet to .  He felt hot and bothered as sweat poured relentlessly down his 6-foot 3 heavy set frame. Despite the sunset just over an hour before, it was impossible for him to cool down due to the intense humidity in Bali. Farzad was constantly scanning his surroundings as he walked by the overwhelming array of enticing menus outside each eatery on the popular Eat Street near Seminyak square. The heat was getting to him and the anger that constantly simmered at the surface of his mind was becoming dangerously close to making him explode.

Farzad would make his mark on the world, he was confident about that. Being indecisive and flighty was his downfall though, and he needed to be mindful of this so that his lack of patience and impulsive nature did not make him rush things and foil his plan.  He would know when the right place and time to him.  He had an important message to convey to the world and the right people would need to to help him ensure across the globe. There would be a sign from the universe and he would feel it in his bones, in his very fibres in fact.

He suddenly darted into a large restaurant with an expansive outdoor eating area. Several holidaymakers sat sipping cocktails, enjoying a casual dinner whilst spending their hard-earned wages on their annual holiday indulgences. Despite the relaxed vibe of the eatery with its colourful and benches scattered with large inviting cushions, the relentless stream of taxis and motorbikes thundering past was in direct contrast to the vibe the establishment attempted to emulate. A young Australian couple the man sitting at the table next to them. His thick black curls were damp with sweat and his sunglasses were slipping down his nose.  He sat at the table to their left, his legs spread wide as his gut hung down between them.  The couple paused their conversation momentarily as they noted the man’s strange vibe and penetrating stare.

In unison, the couple attempted to exchange polite but uneasy smiles with their new dining neighbour who did not smile back. Instead, he stared menacingly at them. They tried to resume their conversation under the steady glare of this strange man who seemed to close to them. Had he moved his table closer to join them?  The female pitied him and thought perhaps he was just lonely.  In stark contrast, the male’s antenna for weirdos had and alarm bells were off in his head.


A petite Balinese waitress appeared and presented a menu to Farzad, a warm welcoming smile lighting up her dainty features.  Abruptly, Farzad stood up and flipped the menu out of the waitress’s hands upwards into the air. He stared at her, his teeth bared and his eyes darting wildly around the venue. On a whim, he thundered towards the exit whilst muttering incoherently to himself.  The waitress staggered backwards in shock, an alarmed expression on her face. Picking up the menu from the ground, her eyes followed the retreating man who was taking off down the street.  Sometimes tourists were so strange, she thought. Once she was sure he had left the vicinity, she let out a sigh of relief and resumed her duties. However, she could not shake off the gut feeling that she had just got off lightly somehow. Instinctively she knew the strange man intended to cause harm and was thankful she hadn’t been his next victim.

Farzad was fizzing mad as he returned to the mayhem of Eat Street. Those fuckers had got off lightly tonight. He had not executed his plan, as not only were the patrons in that eatery not worthy of hearing his message to the world, but in addition, none of them had shown any leadership potential.  They were all pathetic weaklings, not noble enough to be a part of his cause.  Little did the people in that eatery know that his change of heart had just spared them their lives that night. They would live another day thanks to the pitiful couple he had made eye contact with.  They were too desperately boring to be a part of the fun and games he had planned.

The other pedestrians tried to avoid Farzad as he marched along the narrow pavements without stopping to let anyone pass him.  His girth and manic glare made the other tourists uneasy no one challenged him as he shoved past them, knocking bags from shoulders and elbowing people in the chest causing them to yelp in pain.  Even the groups of Balinese girls outside the many massage automatically called out massas’ (massage) to anyone who looked remotely like a tourist knew instinctively not to offer their services to this odd-looking man.

Farzad reached his hotel and stormed past the bemused concierge straight into the vacant lifthe get to his room quickly.  Upon exiting the lift on the third floor, he turned left and marched along the corridor as fast as his huge frame would allow.  Upon reaching his room, he became flustered when his first two attempts to insert the key card failed. Finally, he it correctly and the green light he could enter the room. His face was beetroot with rage as he stood silently in the dark allowing the cranked-up air conditioning to blast some welcome cold air on to his sweaty frame.  After a few minutes, he felt calmer and like a he stared blindly into space for a while.  He how much time had passed when he eventually sat ramrod straight on the end of the king-size bed.

Farzad could not have articulated his thoughts even if he tried. He tried to remember why he was in Bali and then it came to him. His intention was to harm westerners much like the Bali bombings that occurred in 2002 had. He wanted to do something on a much smaller scale but horrifying. Somehow it hadn’t felt right and he would fly back to Adelaide tomorrow without completing his mission. Eventually, his mind tired and he allowed himself to fall backwards on to the bed.  As he succumbed to sleep, he surmised that perhaps he would have better luck in executing his plan . Tonight had not been the right time. 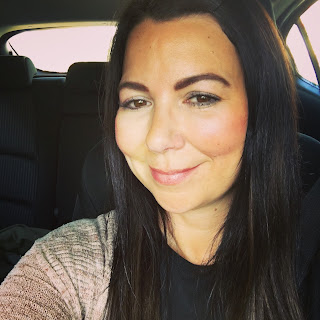 Gill D Anderson is the author of best-selling novels Hidden From View and The Chosen Seven. Gill was born in Edinburgh, Scotland and immigrated to Adelaide, South Australia in 2004 with her husband and two daughters. Gill has a Social Work background and works in a corporate role in Child Protection. Gill feels strongly about violence and sexual assault, which are prominent themes in her debut novel Hidden From View.