As a thousand bloggers around the world join together to speak about compassion in #1000speak, I too join them to convey to my readers that compassion is something that the world desperately needs today.

My memories about compassion come from various sources. Inevitably, they have survived the ravages of time. They bring to me inspiration when I begin to feel low about some incident that occurred or after facing a disappointment. I am sharing anecdotes about three such persons.

Granny: Though I don’t have any photograph of her with me to show, my granny was a gem of a person. She was the epitome of kindness and compassion. Though she had five kids, she was fiercely independent and didn’t want to interfere in the life of her kids. She lived alone in the big house after all her kids settled well with family. There was this one boy in her neighborhood, almost my age that my granny helped to educate. He belonged to a poor family but was intelligent. His father was a drunkard who was a daily laborer. He would come for dinner every day as there would scarcely be anything cooked in his house and would use the small outhouse-room to study in peace and sleep. He completed graduation and is now well settled in life. But he still reminisces about Granny’s kindness.
My cousins and I never left her house without filled tummies. She used to say that feeding a hungry mouth was the biggest act of compassion. Many a gypsy would eat lunch from her house, every now and then. 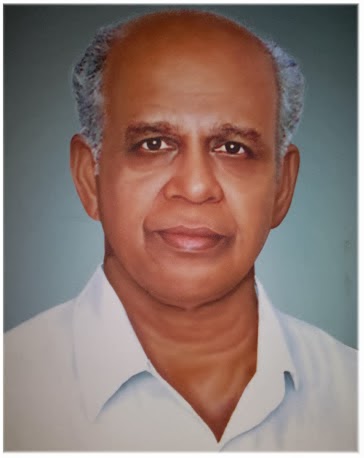 I lost my father in 2011, but the biggest lessons about compassion that I learnt were from him. He was a doctor who gave free medicine to the needy, visited his old patients at home, spent time with them to increase their optimism and also took great care of his family and friends.
There was one of his patients, an old lady paralyzed neck down and cared for by her equally old husband. Every other day this old man would call, asking my father to visit their home, either to give medicine or do checkups. With regular treatment, the lady was able to move around in a wheel chair. When my father was bedridden, I remember having attended this man’s call. He started to weep and assured me that God would take care of such a compassionate human being.

Many would come home to visit him and run out of his room sobbing, unable to see the kind angel of their life, bedridden and struggling to breathe. During the six months that he was bedridden, I heard many tales about his selfless acts. He was a man who would give lifts to stranded strangers in bus stops. He would be the first to raise voice against injustice and crime.

He gave a homeless family free land to construct house. He had purchased the land with years of his hard-earned money. But the plight of the family, which had two small kids, who were sleeping on shop verandahs due to a certain political issue in our village moved him.

There is one incident I remember. There was this drunkard in our neighborhood, who would regularly put up a show of ‘wife beating’. He would come home drunk, drag his wife out of his house, and would slander her in the vilest language while beating her senseless. The poor woman would plead to him and to the small crowd that had gathered to show mercy. No one would raise a finger against him, as he was capable of doing anything in his inebriated state.

This man was a patient of my father. One day, while the act was on, my father passed via the road. He became furious seeing the way he was treating his wife. Though the crowd tried to deter him, my father went to him and slapped him right across his face. That slap brought him to his senses and he started to apologize profusely. Though the man didn’t quit drinking, he was a drunkard till his death, the wife-beating stopped completely.

There are many more incidents. You can read more about him in the posts The Complete Man and My Role Model: My Father.

3) Tadashi Fukayama:
My Japanese manager at Dubai Metro Rail Project was the kindest human being among all my employers. He would employ anyone whom he thought deserved a chance, experience and degree certificates held little importance to him. There were many freshers in our team. He would teach them himself and make an expert out of them. ‘Okay, Okay,Okay” with a smile was his way of dealing with even the toughest crises.

He would broom his cabin if he had created the mess. Once accidently he broke his teacup and instead of calling the office boy to do the cleaning, he went to the storeroom, came back equipped with a broom and mop and wiped everything clean. He would fiercely protect his employees and would argue in their favor during times of crises. Such crises were common as the project was a time bound one and construction was being done in a difficult terrain. He would own the responsibility for the crisis, whereas any other manager would have conveniently blamed the site engineer in charge.

Once I asked him what is one characteristic of Japanese people that he didn’t like.

“I think we work too hard. We forget to live. When I was small, I never saw my father until I was in high school. He lived in the same house as us, but when I got up, he would have gone to office, when he got home, I would be sleeping. I don’t want it to happen to my kids,” he said.

Our smallest act of compassion can bring an enormous change into the life of others. Let us pledge on this day to be a compassionate human being. Let us add that tiny drop in the ocean of kindness and compassion that need to flood our mother earth to rejuvenate her completely.