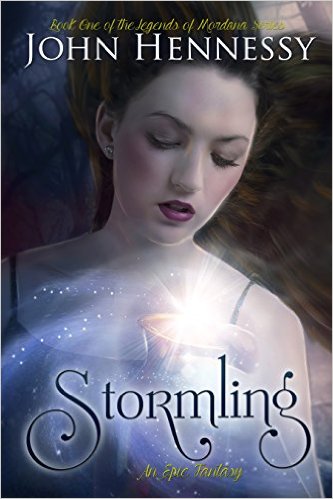 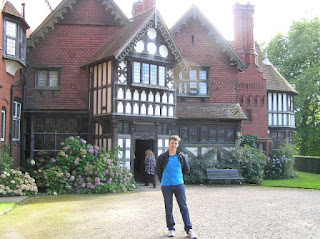 John Hennessy is a British author of paranormal fantasy horror for YA, psychological horror and murder mysteries, plus his own unique take on vampire lore. He has also written ghost stories and delved into high epic fantasy with a hint of romance. A kung fu addict; he teaches martial arts full-time but writes at all other times, working on four series:- Dark Winter, Haunted Minds, Stormling and A Tale of Vampires.

Get his books here:

In an age when Stormlings have only known peacetime, one man's desperate action threatens not only the stability of the mystical world of Mordana, but Earth as well.

Teenager Ophelia Drewe discovers a jewel that has been lost from its homeworld, and whilst she thinks she can keep it, demonic forces believe otherwise.

She’s not alone, but who can she trust? The head Stormling, Anadyr, hasn’t been to the Earth in 500 years, but go there he must – if the jewel is not returned, it will destroy both Ophelia’s world and his own…

* * *
A Lost Jewel. A World in Chaos. An Epic Fantasy Adventure like no other.

When a jewel is lost from the mystical realm of Mordana, and found on Earth, so begins a race against time to ensure the safe return of the jewel to its rightful place.

With news that the jewel has now been located, two warring factions fight for the control of Mordana. Anadyr, the strongest and bravest of the Stormlings, is sent on a quest to retrieve the jewel, as the survival of his race depends on it, but he finds there are some on Earth that are out to stop him as well.

On Earth, teenager Ophelia Drewe discovers the jewel. Anadyr needs to win her trust, but the task is made more difficult as Ophelia finds herself in conflict with dark mages, sorceresses, elves, demons, giant-folk, and more.

However....Evil stirs East of Mordana, with the minions of Andus Rey also working together to release The Fourth – the entity who was a good Stormling at one time, but has since turned to darkness.

Even if Anadyr helps to restore order to Mordana, his quest will not be truly complete until he announces his successor from a group of trusted, but untested Stormlings.

The evil in Mordana knows this too, and is just waiting for the right moment to strike, to set in motion a new and terrifying age of darkness...

Stormling is book one of the series, the Mordana Chronicles. From the page one, the author takes you to the magical land of Mordana, a realm of magic. The land where there is peace during the rule of Stormlord Anadyr, an immortal who has been at the helm of power from the time he was eighteen years old. Now he is over three thousand years old and is facing troubled times. The threat from AnnanGhorst is looming near. The powerful  Aynara, the half-breed who protects Mordana has lost a jewel from her magical necklace which if ended up in the wrong hands will spell doom to Mordana.

The author introduces the main characters one by one and through these character introductions we are given a tour of the mystical land of Mordana, the enemies that have been threatening the peace of their land and also the stromlings who are immortals. The real world, our earth, comes into picture when Ophelia a teenager living on earth is introduced. Ophelia, a carefree teenager finds the lost jewel and now has the responsibility of returning the jewel to Aynara. Her committed group friends: Melody, Siobhan and Michael, is by her side in this mission. But their biggest enemy Mindy, their schoolmate, turns up on the wrong side and hinders their mission.

Will Ophelia succeed in the mission?

Will Anadyr win over the dark beings that threaten his land?

Will Aynara, who is half stormling and half Andurii, help Anadyr when darkness threatens to annihilate earth and Mordana?

I won’t tell you that. You have to read the book to know.
The book is a tome, with 495 pages of absolute fantasy. I admire the skill of the author for keeping the pace of the narration uniform and interesting in such a long book. The many side stories during the character introductions are interesting as well. Then there is the romance between the beautiful sorceress Corianna and Anadyr.

The whole book is like watching a fantasy movie where magical creatures like elves, stormlings, Andurii, witches, sorcerers and Shadow wraiths runs the show. This book I hear is the lone book written by John Hennessy which doesn’t have horror/ violence that would give you nightmares, the reason why I picked the book. Yes, it is not dark. It comes in the category of fantasy like the harry potter series, the hobbit and the lord of rings. It is definitely a book which can be made into a movie. Hope one day I will get to watch the Stormling as a movie!

The Cover of the book is very beautiful. So is the book.

Highly recommended if you like reading fantasy that borders with horror.

That is all for now.