Balancing Humour and Drama in a Rom-com: A Guest Post by author Adite Banerjie #MyFriendAlexa Post No.7

Have you ever wondered about the struggles an author goes through while writing a book?

Author Adite Banerjie shares her experience or rather the 'How I did it' details about her recent bestseller rom-com, 'Bombay Heights'.

If you are a writer or an aspiring writer, I am sure you will find this post extremely valuable. 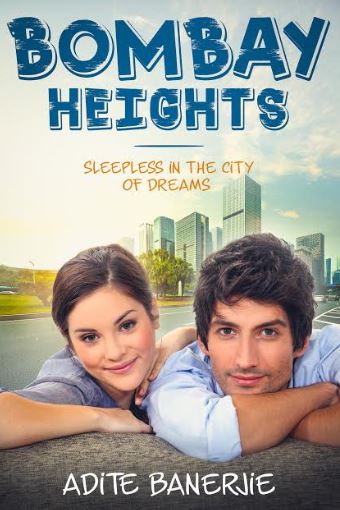 Romantic comedies are my favourite genre of movies to watch and I have always enjoyed reading chick-lit books with a liberal dose of humour.  So when I started writing Bombay Heights I was consciously aiming at a premise where my two lead protagonists Ash and Sanjana would be constantly in each other’s way and providing a few laughs for the reader. As neighbours who also turn out to be colleagues, it was a neat way to have them exchanging banter as they play the romance game.

While plotting the story flow, it seemed easy enough. However, writing is rarely seamless and glitch-free. My story almost came to a standstill at a crucial scene in the final act of the story. The scene is set in a restaurant where Chetan (Sanjana’s ex) is expected to make an important announcement. Nearly the entire cast of characters of the book – Sanjana, Ash, Sanjana’s dad and her two siblings and Chetan – are dining at a posh restaurant. Sanjana is a bundle of nerves as she has her own announcement to make and is unsure of how her family is going to react to it. Besides, both her ex and current love interest are present.  The stage is set for drama. However, how can a rom-com not have a streak of comedy running through it?

And that’s where it was all beginning to unravel for me. Maintaining the balance between drama and comedy was turning out to be more difficult than I’d imagined. I struggled with it for days but was dissatisfied with the outcome no matter how many times or how many different ways I rewrote the scene. I was ready to throw in the towel – at one point I even thought of splitting the scene into two with the announcements happening in different scenes with a smaller cast of characters. While that was an option, it would not have the same impact.

Finally, I decided to write the scene in a screenplay formal: with minimal descriptions and keeping the dialogues up front and centre. That gave me enough scope to see how one character’s dialogue would impact the others. It was a bit like setting off a chain reaction where dialogues would trigger action and emotion.

Once I started writing the scene with only the characters’ dialogues, it all began to come together though it ended up as a 25-page scene! But at least I could see how the scene would unfold. It helped me visualise the emotions and reactions of each character. Once the dialogues were in place, I layered in the action or description lines and followed it up with emotion/innermost thoughts (wherever necessary).

Finally, the scene was working: it combined emotion, back and forth dialogue as well as some slapstick action (complete with a plate of pasta flying off the table). Every character was contributing in some way to the chaos, drama, emotion and comedy. Then, it was just a question of trimming the scene, cutting out unnecessary dialogue and it was ready to go!
Whoever thought writing a breezy rom-com would be so draining! Phew!

Small town girl Sanjana Kale wants a fresh start in Mumbai. A challenging job and some much-needed distance from her ludicrously over-protective family could get her life under control.

Forced to team up with video game designer Ashwin Deo, who is too attractive for his own good, she finds life becoming a whole lot more complicated when he turns out to be her new neighbour.  How can she maintain a professional distance with this charming troublemaker who believes in getting up close and personal?

To make matters worse, her ex tries to manipulate her loved ones to work his way back into her life. Hysterical siblings, a cantankerous client, an ex who will not take no for an answer, and a blow hot blow cold neighbour... Sanjana is sleepless in the City of Dreams! Can she do what Ashwin dares her to--create a few ripples even if it upsets her family?

Buy your copy at AmazonIN