C is for Christmas.. 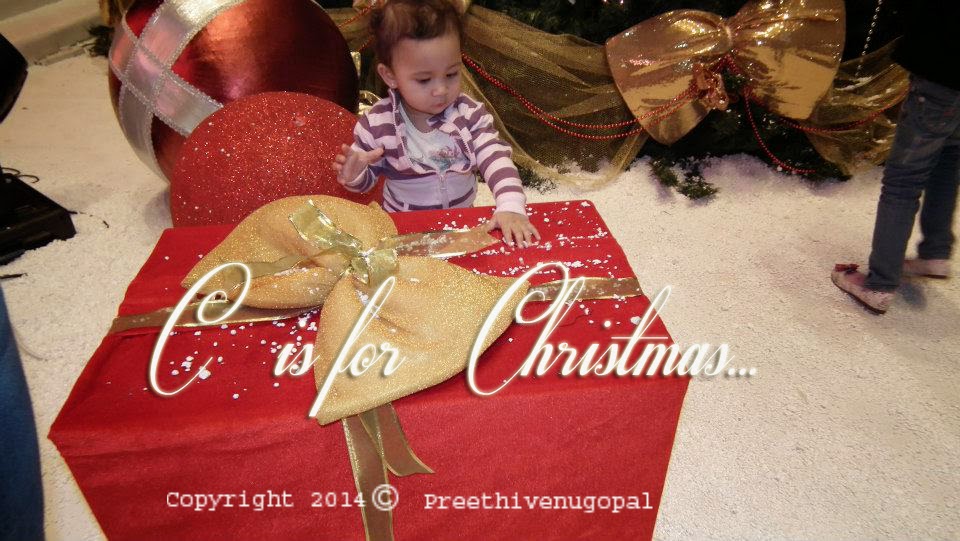 Christmas is one festival, which never fails to enchant me. Right from my childhood, I have cherished a secret wish to celebrate Christmas in all its glory.

I want to celebrate it in the traditional way like Christians all over the world; complete with a huge Christmas tree, the nativity scene, carols, gifts and of course Santa Claus.

The story of Christmas with the images of angels and a young mother, of shepherds and a stable, of wise men and royal intrigue captivated me from childhood.

The church nearby re-created the nativity scene every year and it was a huge crowd puller in my village. Majority of the villagers were Hindus, but everyone celebrated Christmas irrespective of religion.

The carol groups visiting our doors always had a Santa who never resembled Santa Claus in any way, barring the tattered paper mask. 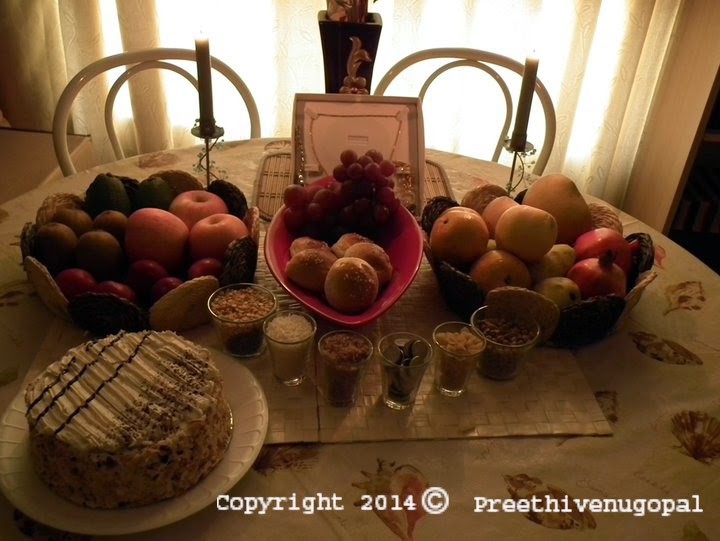 We did not receive gifts but there would be a delicious feast in our house and we cousins would enjoy the festival season, as it would be vacation time for all.
Christmas also meant cakes, which our Christian family friend who would sometimes arrive during Christmas would bring. The scent and taste of the homemade cake remains a fond memory.

While in school and college, Christmas became more entertaining with the Secret –Christmas- friend game that had become popular. It ensured that everyone had gifts for Christmas. 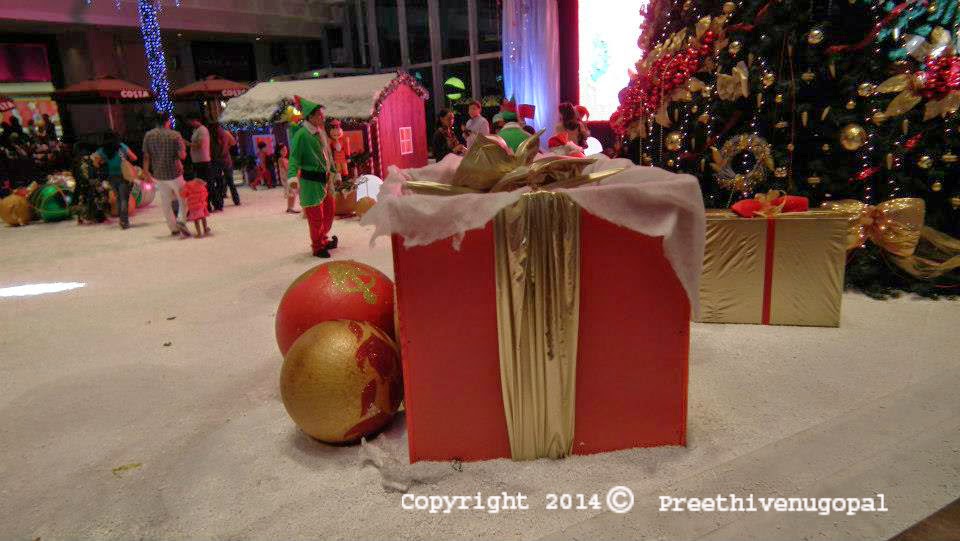 It was after my wedding when I moved to Dubai, a Muslim emirate, that I saw the full festive spirit of Christmas. Most of my colleagues were Christians.
There, the malls and super markets sparkled during the Christmas season with red and green décor everywhere. 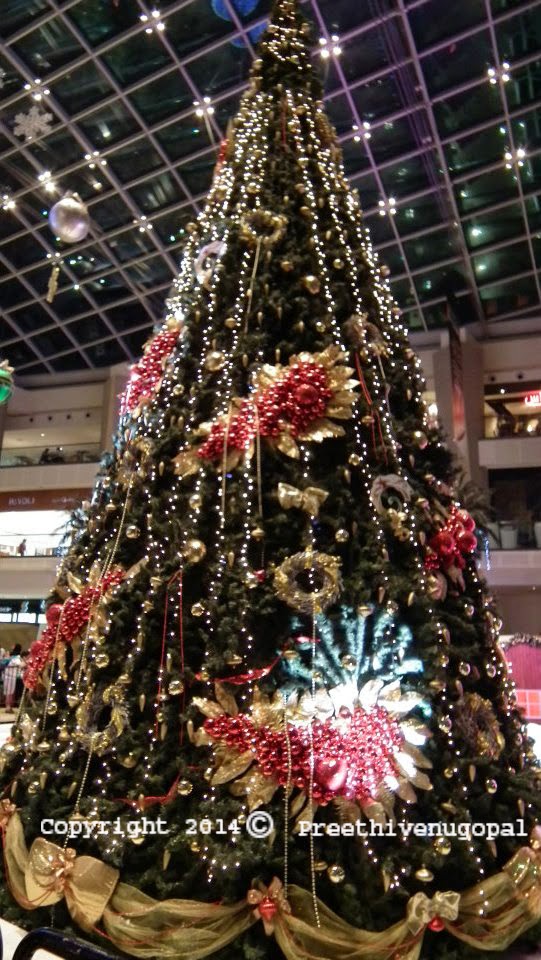 Huge Christmas trees welcomed the shoppers and the shops would be buzzing with Christmas sales. 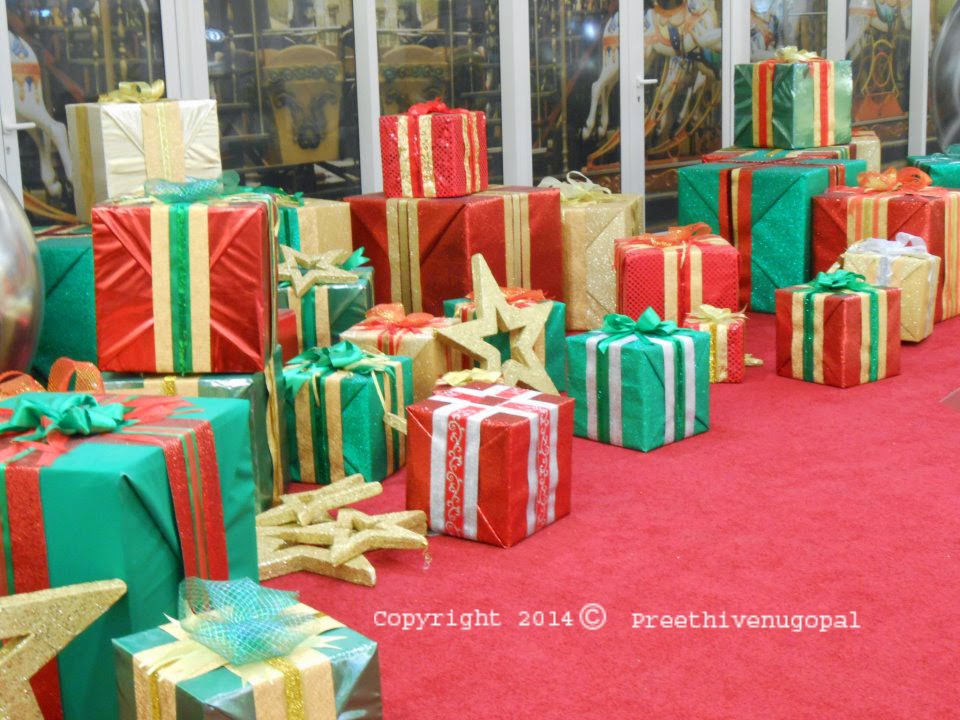 Here in Bangalore too, we do celebrate Christmas. Mostly it is just a day out to the Mall with Christmas decorations and eating out. 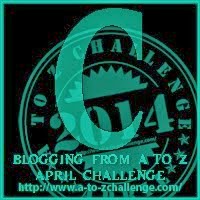 Labels: C is for Christmas