V is for Valediction: A Short Story 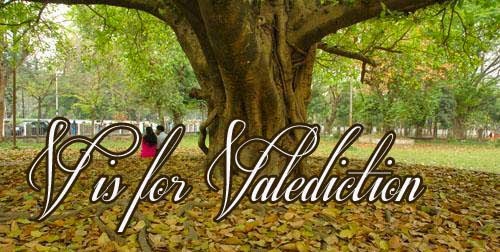 Years ago, beneath this grand old Banyan tree, which had witnessed many a heartbreaks and valedictions, had sat a couple. The girl had tears pouring down rapidly and the boy was trying to blink away the tears that were clouding his eyes.

It was not the era of mobile phones or the internet. The elite prided in the possession of telephones but mailbox was the lone cupid. Vacations had been bitter pills and this moment of valediction was toxic.

Hand-in-hand, they watched their merry classmates exchange mementos and pose to capture the last moments of togetherness.

It all seemed final, this last day of college, this ceremony of goodbyes. They weren’t ready for it yet.
Their story was not such, about which poets wrote or films made. Theirs was a love that had blossomed with time. They had progressed from being to classmates, to friends and then to being lovers very gradually. They never knew when they had fallen in love. It was not an incident or a single glance that had triggered love. It was just time.

The same time was now sounding the alarm bells that told them their time together was ending. Like migrating birds they were about to fly to different destinations.
She had to return to her parents who had already begun the hunt for a groom for their very own lady- doctor.
He was preparing for his post graduation abroad.

In the conservative Brahmin family to which she belonged, marriage to a lower caste boy would never be approved. Being the loving and dutiful daughter that she was, she didn’t want to go against her parents either.
Therefore, this moment of valediction seemed like the final line of the last chapter of their love story.

“Then what happened to that couple mom?” ask my eager teenage daughter perched near to me on the bench beneath the banyan tree of my Alma-mater.I slip again into the rosy lanes of memory.

“As they say, true love always finds a way,” I say fondly.

Valedictions necessitate actions, and that too immediate. The thought of never being able to be together goaded them into action, which preceded all thoughts of wisdom.

They secretly had a court marriage in the presence of a few friends. Then they broke the news to their families together. There were clouds of anger, flashes of temper and rains of tears. However, in the end, the sun shone on them brightly. Both parents warmed up to the their love.

“And they lived happily ever after?” ask my smiling daughter.

“Yes..almost always. Except when their naughty daughter threw tantrums,” say my husband tweaking her ears.
She hug us both tight, snickering and shouting “So you both were the couple?!!” 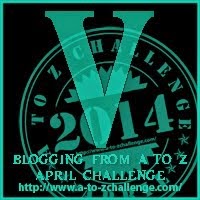