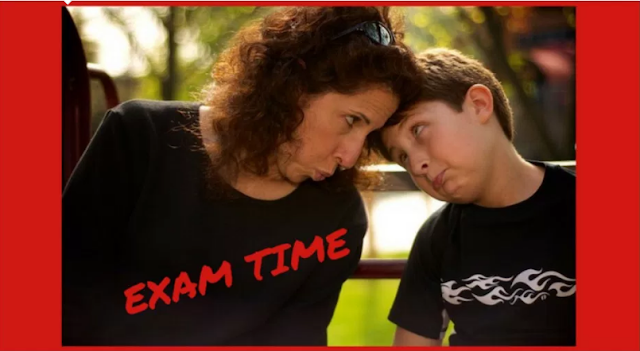 Last month at the PTM in my son’s school, I was eager to meet his English teacher before anyone else. Though he had good grades in the sub-sections of the English paper like handwriting, comprehension, recitation, etc, he had a C in reading. Though I didn’t care about the grade, I couldn’t believe that the boy who could read entire story books all by himself was bad at reading. There must have been some mistake. So, I asked her what went wrong during the exam.

“He refused to read. He said the passage was boring,” she said and my son promptly agreed with her with a smile.

What can one say to that? She told me he was a very bright student and one of the best. But how could she give him a good grade in reading if he refused to read?

It is my mistake. I have never put pressure on him to study. We have fun together doing homework and while studying. For him exams mean fun! As far as I understand, his teachers make the classes interesting as well.

After all, he is just eight. At his age, I didn’t even know why I was being sent to school daily. I would have preferred sitting at home or wandering in the countryside. But, nowadays we tend to bully our kids to bring all the best grades. Kids who don’t are labeled as weaklings.

I didn’t want him to get any label. So, I told him why exams were invented. I told him that they were conducted to find out who has understood what was being taught in the class. The ones who didn’t understand obviously had to study it again. The teachers would ask those students to remain in the same class to make them learn it thoroughly. If he wanted to go into a higher class, he had to prove that he knew his portions.

“Does that mean that I won’t go to class three and all others would?”
“Yes, if you do not do what the others are doing.”
“But I know all my portions.”
“But how will your ma’am know that you know your portions if you don’t do well in the exams?”
“Oh well. I will show her that I do know to read.”

The annual exams start next week. During evenings now, we spend time having fun using his exam portions like always. He recites his poems standing on the bed, holding a marker pen as his mic.Poems are learned with actions accompanying it. He has created power-point presentations for multiplication tables and tells me all about it. He helps me learn Kannada and in the process finish studying his portions. He reads stories from his textbooks during bedtime reading.  He likes tweaking the lines and make me laugh. Learning becomes fun as he enjoys it. He gets to watch his Pokémon cartoons or go hunting Pokémons only if he finishes learning his portions.

I only hope he won’t become bored during exams this time!
Posted by Preethi Venugopala